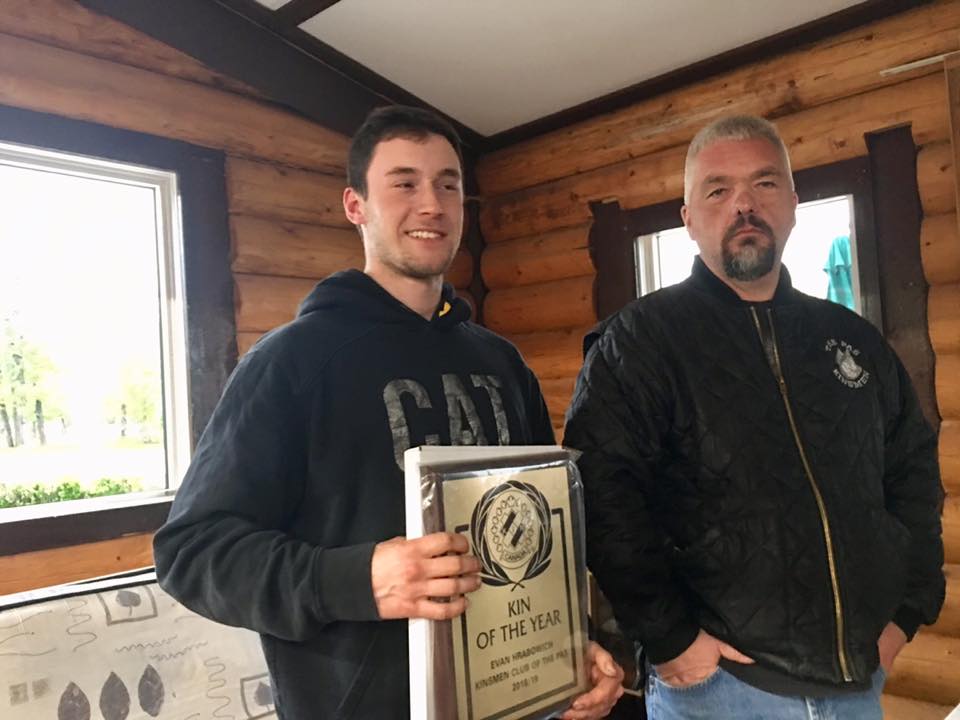 The Kinsmen Club of The Pas gathered for our 20th and final General Meeting of the Kin Year last night and it was a chance for members to recognize our stars.
Evan Hrabowich was voted Kinsmen of the Year and Trent Allen was voted Kinsmen Rookie of the Year.
Mark Landels was recognized for his guidance to the club as President and Danny Halpin was thanked by members for winning the Kinsmen Bulletin of the Year at the District Convention last weekend in Onanole, MB.
Congratulations guys and thank you for your work in Serving the Community’s Greatest Need.